Preview of the Eisenkern Command Squad

Command Squad Preview. I have a preview of that kit. I have made some changes from the renders shown in the Kickstarter. 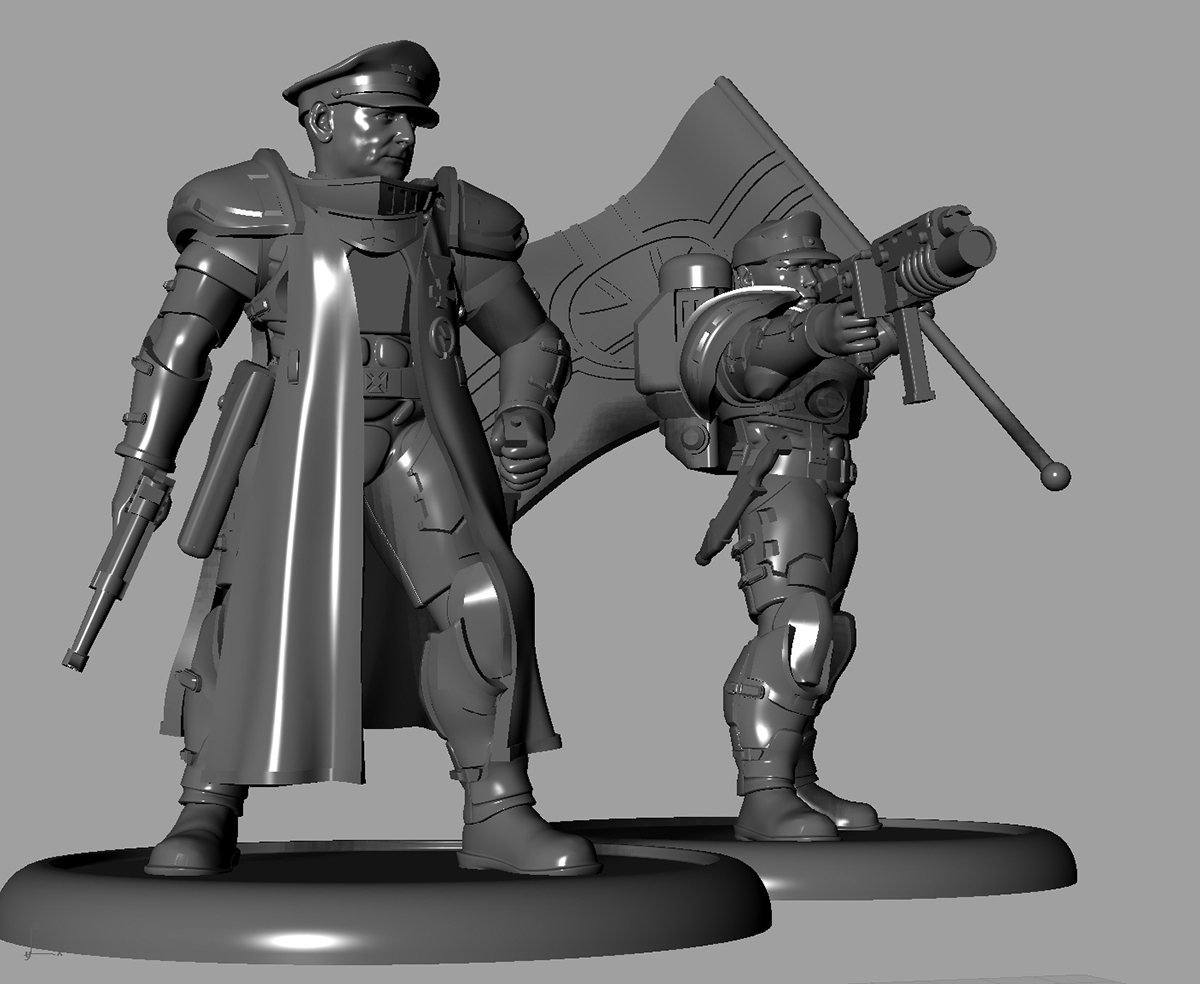 The Platoon Commander now sports a frock to make him easily recognizable on the table.
The Platoon SGT. now carries the unit flag for his troops to rally behind. 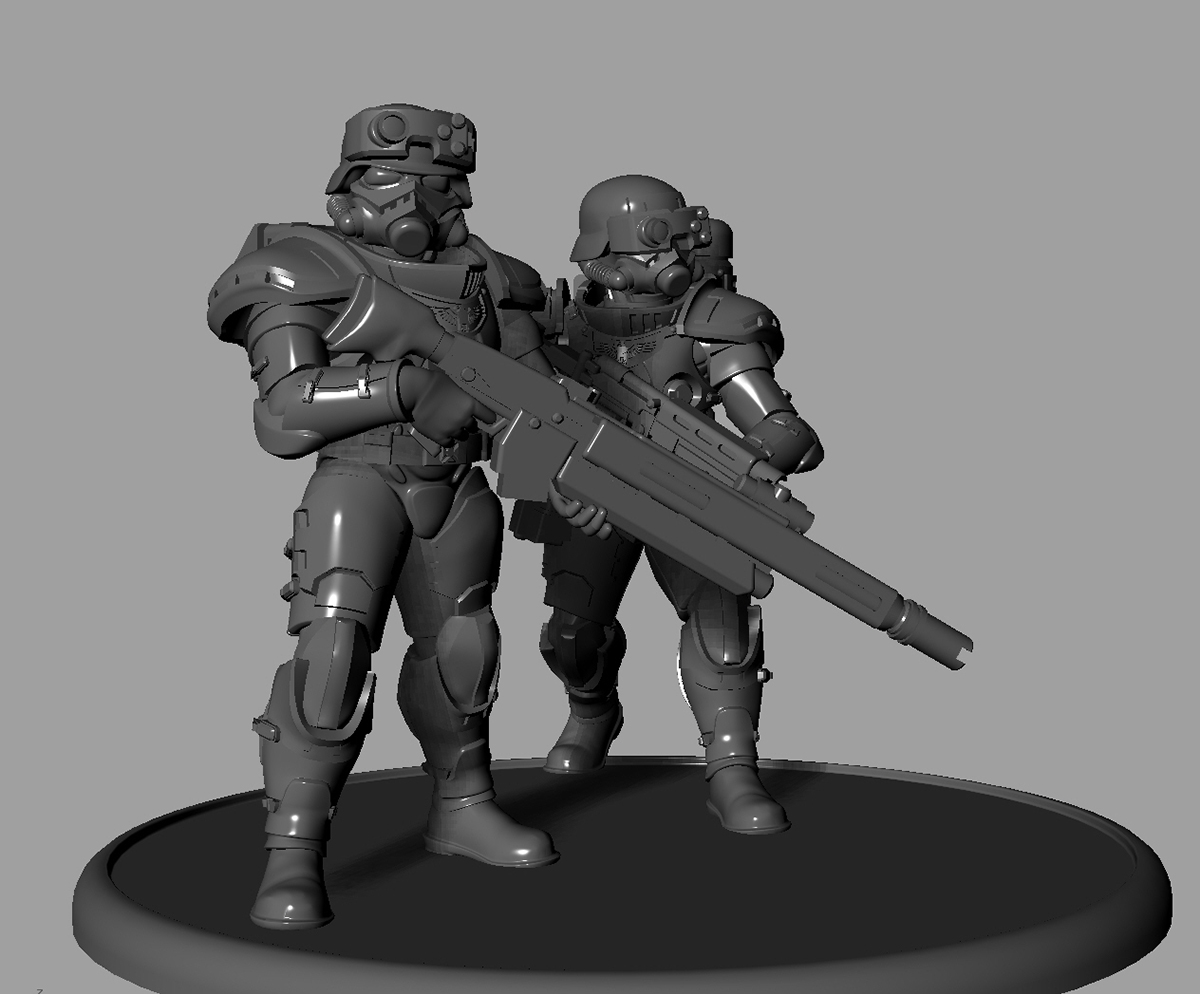 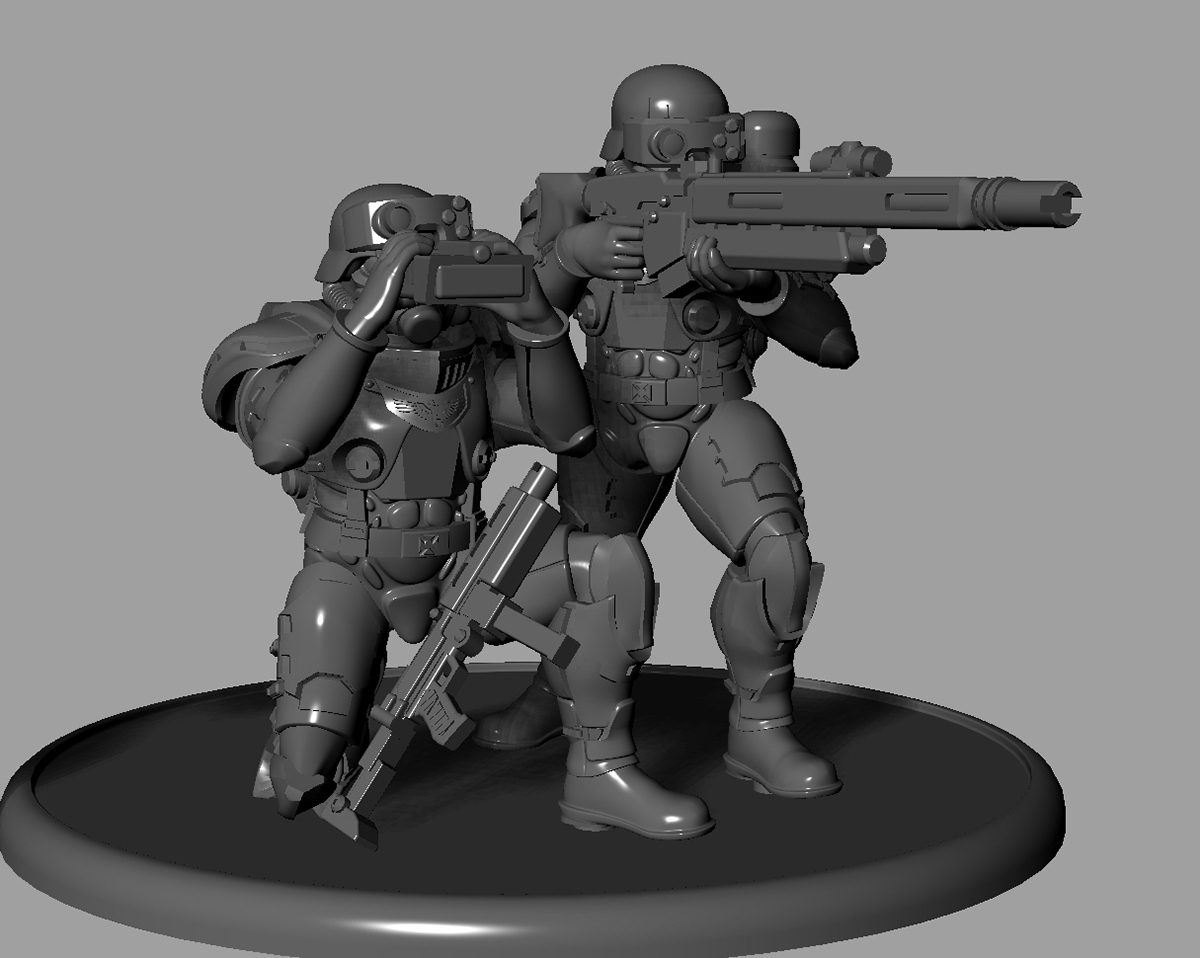 The Sniper teams have had some design changes to make them more unique and tacti-cool with Thermal/NVG. Note the sniper rifles do not have direct view scopes but a digital camera and a side mount display screen to lock and track targets. 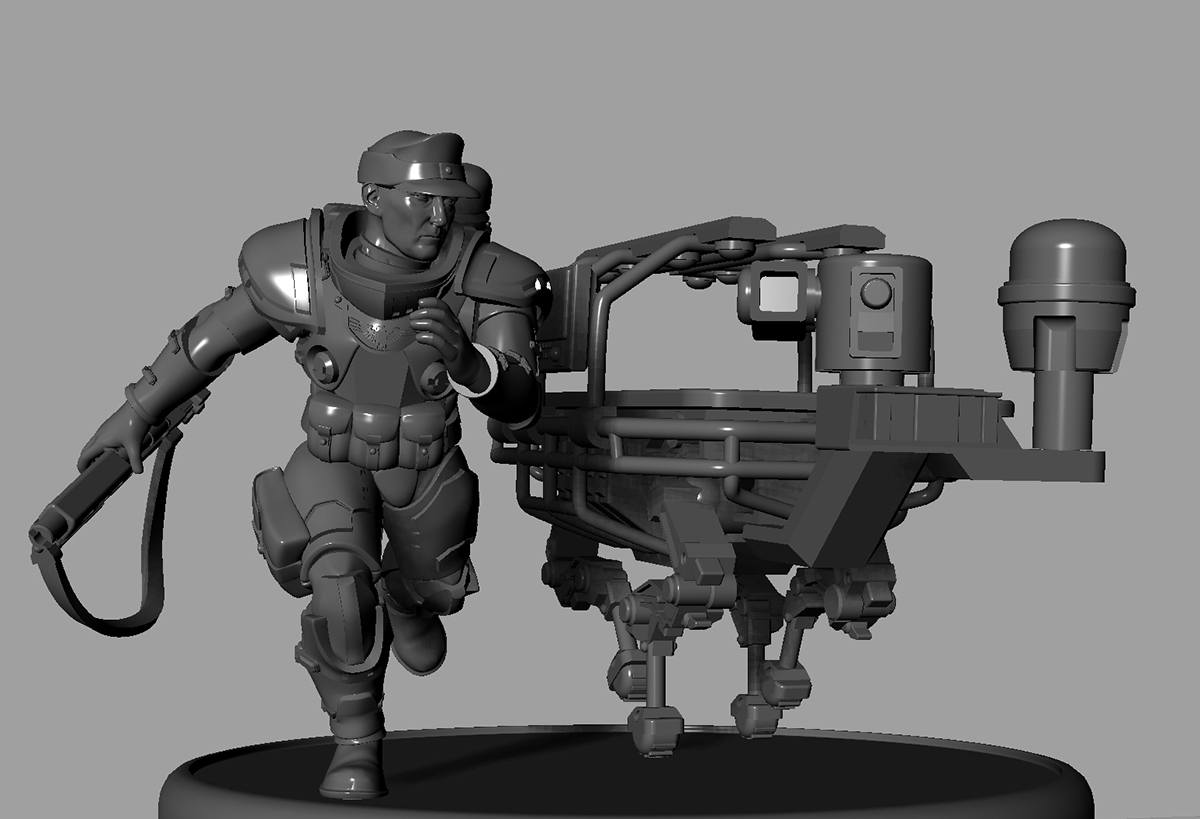 The Combat Medic shown with his MULE is in full dash to his wounded compatriots. The legs on the medic MULE will be one piece for easy assembly and have a base with holes so that we can have it supported on two legs at full gallop. 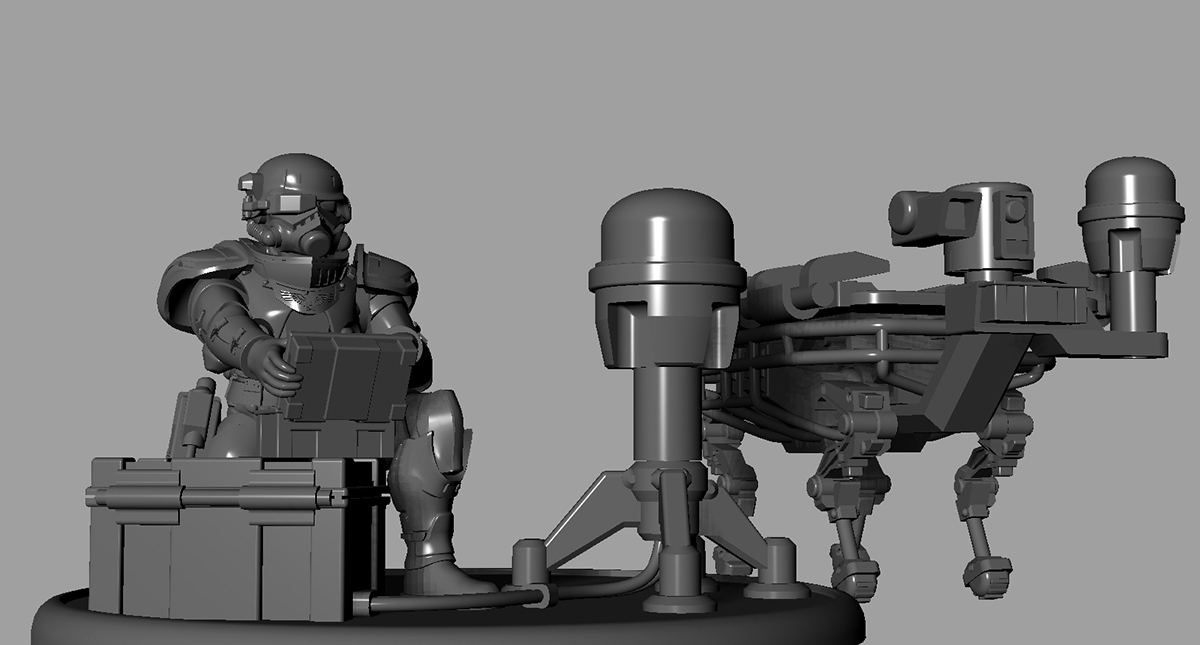 The Coms officer has remained mostly unchanged but I had to make change to his helmet antenna as there would have been issues with direction of pull. The Coms officer will also include a MULE to aid in transport of his coms gear 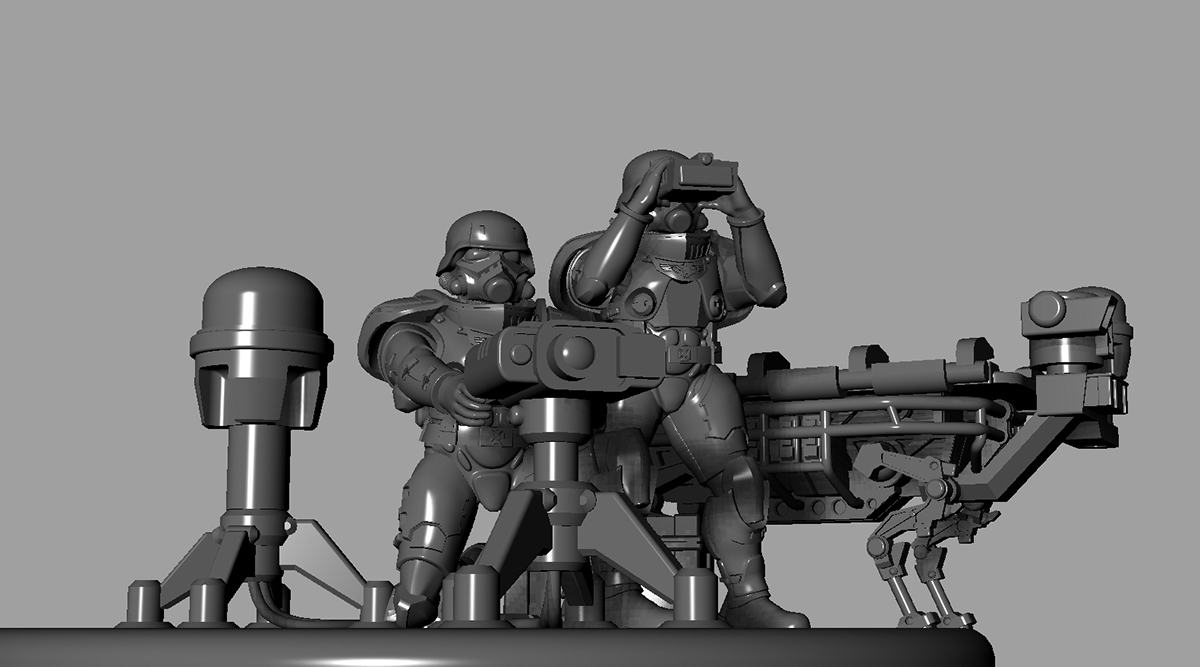 The Forward Observer team remains unchanged from what you saw during the Kickstarter. The FO team will also include a MULE to allow them to pack up the designator and coms relay and remain mobile units on the tabletop.
Thank you again!
Mark-