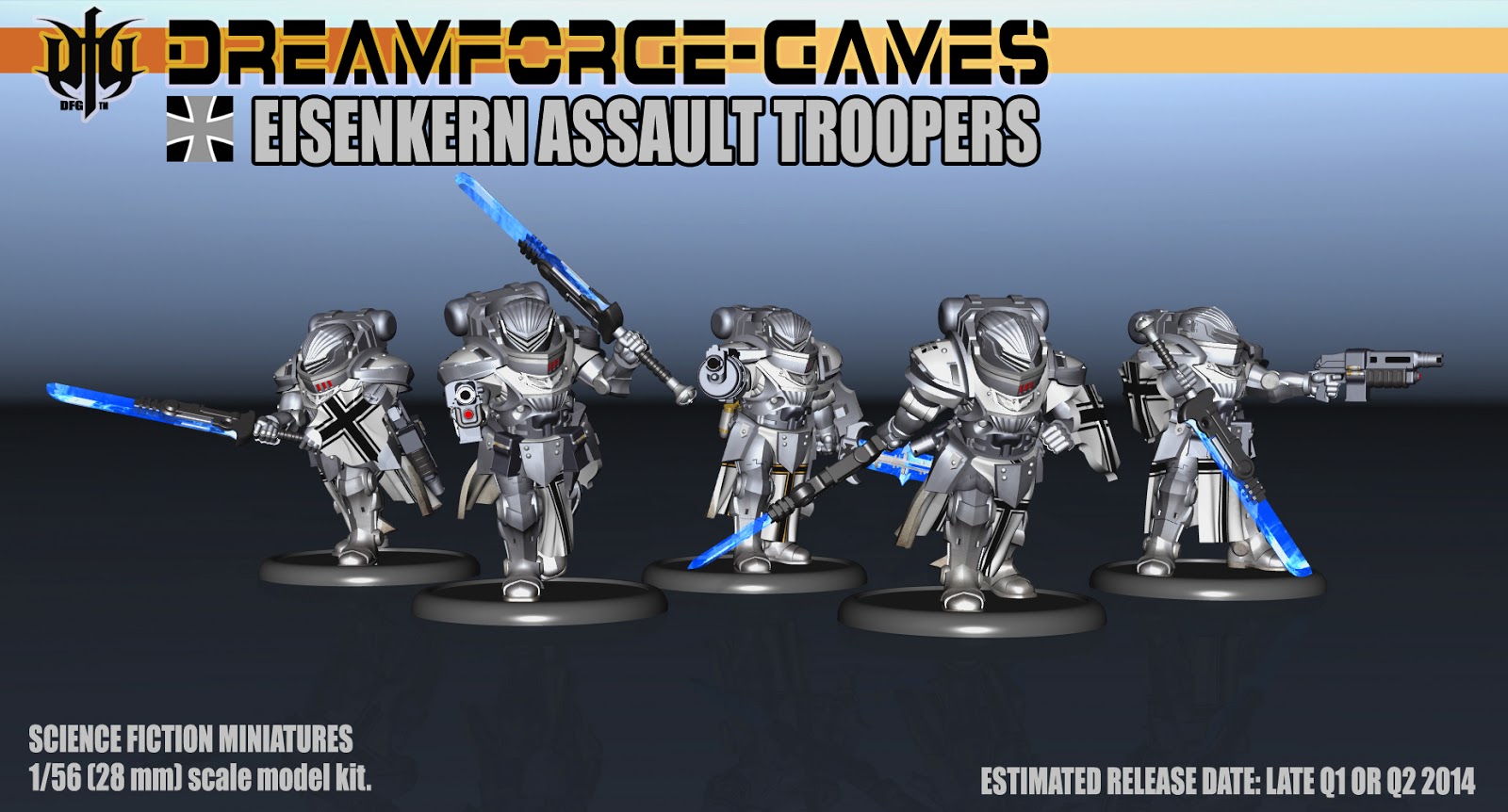 As China works away on stage 3 Kickstarter completion, I will try and get teaser shots out for the items that will be delivered for the Kickstarter backers and eventually into retail.

First on the list if the Eisenkern Assault Troopers. This will be a five man box set and like our Stormtroopers, they are of multipart, posable miniatures. In the next sneak peek I will go over the box contents and give some insight as to the customization and options that will be provided with this set.

You can find more images HERE

Assault Troopers are fully encased in power armor and armed with an energy blade to make quick work of heavily armored targets or lighter fortifications.  Their ranged weapon is either the MP72, a stockless assault rifle that fires explosive 20mm rounds or the M402 eight shot 40mm grenade launcher for those stubborn targets. Each trooper wears the fluted armor of an assault trooper and a heraldic tabard bearing his households colors.

Assault Trooper are indoctrinated from the Valkir, those soldiers who show exceptional courage, drive and aggression while serving with the Valkir may be offered a place within one of the Ritterorden “knightly order” Modeled after the 14th century knightly households, the Ritterorden act as a semi-autonomous military. Although closely tied to the parent faction each Ritterorden has its own traditions, uniforms and chain of command that are unique to that household. Regardless of which household a trooper serves under, Assault troopers value aggression above all ells , charging in where angels fear to tread is just another day at work for these soldiers.

This is not the final box art but in order to render that image I need to handle each model and assign textures in preparation for the final render. Having completed these test renders it seemed like a good time to give you a look at what painted models may look like. The tabards and heraldry displayed in these images are those worn by the Teutonic Ritter, serving directly under the Emperor as his honor guard.